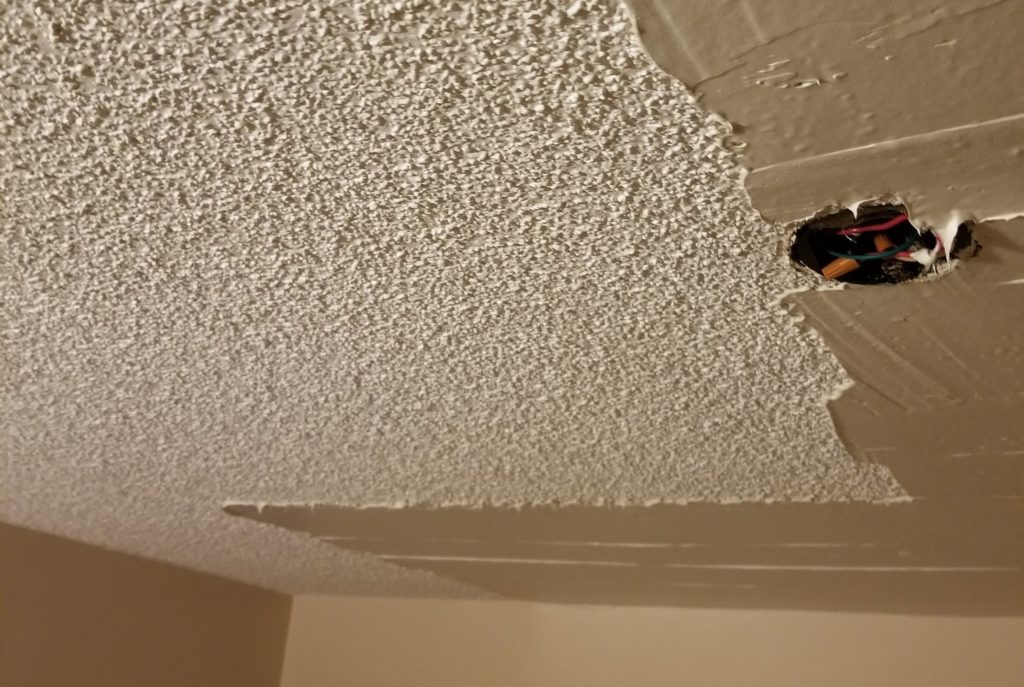 A few years ago, well, actually a few decades ago, popcorn ceilings were very common. I would say popular, but it was very normal to find them in every single property. People stopped using them since they noticed after a while that they are dangerous and aren’t good for our health but, the worst part about this ceiling is that removing it takes a lot of work and time.

Besides, the removal can’t be carried out by someone who isn’t a professional. The best and probably only option is to employ someone who knows very well how to carry out the entire removal. That being said, people try to remove it themselves without asking a professional beforehand. This is a big mistake since it is very dangerous to deal with this ceiling. Now, I hope that if you still have it on your property or need to remove it as soon as possible, you don’t decide to do it yourself.

There are several companies in Odessa that can handle the removal for you. However, I understand that some people can’t afford the services since it isn’t a cheap one, to be honest. That being said, don’t try to do it without a professional anyway. That’s the worst thing you can do. Now, I believe it is also about finding a good company that can guarantee you good results and at the same time, good prices.

In Odessa, you have many options and the hard part is to pick one company for the service or removal. When we have so many options, we usually get lazy and try to pick the first company in front of us, but for this, please, take your time.

You need to be very careful if you want to get the best results and make sure that your ceiling won’t get damaged in the process. Remember that removing the popcorn ceiling is very delicate and needs to be done carefully. Therefore, do your best to find someone who is well trained, experienced, and equipped to do it. A top company in your area is Odessa Professional Painting Contractors. We have well trained and equipped professionals who can take care of this process or task for you. Make sure to contact us if you want to access the best services in the city.

We will follow every step and keep in mind every safety measure we need to follow to guarantee your safety and at the same time, deliver you the best results. Feel free to call us, send us an email, or visit our offices anytime. You are also welcome to request a free quotation for our popcorn ceiling removal services. We are right here for you!

Odessa professional painting contractors is a top company in this city. For that reason, you need to come to us for the best painting works. Here is a list of the services that we offer to our esteemed customers:

If you live in the region of Odessa and you are looking for the best septic system services, you need to come to us. We, the Odessa TX Professional Painting Contractors, are the best company for this process. We have the required experience to offer the best services in this area.

We service all of Texas. Below is a list of cities most of our services are at on a daily basis:

And all other cities throughout Texas, just fill out the form below for a free quote!